The art of compromise in times of turmoil

Democratic states share not only noble ideals, but basic and vital interests, as well

The art of compromise in times of turmoil

Democratic states share not only noble ideals, but basic and vital interests, as well

Two contradictory trends are vexing the West. One is the globalization of the world economy: Trade and investment relationships are so tightly interwoven that the unrestrained pursuit of political conflict or ideological antagonism is out of the question due to the degree of self-harm it would cause.

The second trend is an ongoing, 15-year turning away from democracy, a process that has noticeably intensified during the Covid-19 pandemic. Only 19 states still qualify as full democracies, and their dealings with the world’s semi-authoritarian, authoritarian and dictatorial states are increasingly presenting an ethical dilemma. This quandary is front and center not only, but especially in relations with China and Russia. 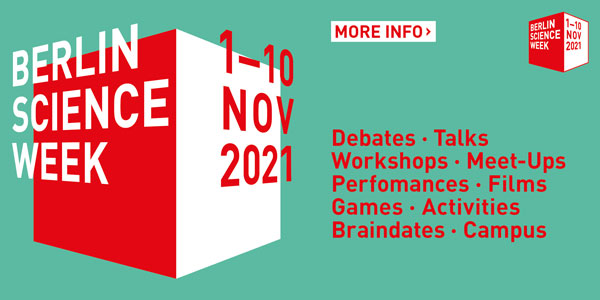 Do we pursue a course of Moralpolitik or Realpolitik, a politics based on principles or on interests?

It goes without saying that our political behavior must be tied to values, oriented toward values and fixed on a moral foundation. However, this does not mean that we should make or could make our values and morals binding for all others with whom we engage. We cannot force them on anyone. What’s more? Military action against states possessing nuclear weapons is off the table in any case, while such action against all other states does not stand to yield success. The humanitarian interventions of the last 20 years – from Afghanistan and Iraq to Syria and Libya – have left only anarchy, civil war and human suffering in their wake. There is no more talk of the international community’s “responsibility to protect.”

Democratic states share not only noble ideals, but base yet vital interests, as well. These include not only – yet above all – peace. Preserving peace requires that our foreign policy engage with unpleasant, indeed evil regimes. As Henry Kissinger has said: “Peace is a moral priority. There are no human rights for the incinerated.”

No less important, however, is the prosperity of Western societies. Our economic and trade policies must be geared toward maintaining our prosperity and ensuring the security of supply. Alexei Navalny’s ever so shameful treatment by the Putin plutocracy is not grounds for us burning the last bridge to Russia; German President Frank-Walter Steinmeier was correct in this assessment. Likewise, the oppression of the Uighurs in Xinjiang along with the suppression of the Hong Kong Freedom Movement, both of which we rightly condemn, cannot lead to the total stoppage of trade relations with the People’s Republic that some are calling for – not just the German automobile industry, but the entire German economy would fall into the abyss.

We must give a wide berth to a dictatorship of emotions. Ideologues tend to place peace and prosperity at risk; it makes for a clean conscience. They fancy the pursuit of a pristine, undiluted policy of principles. However, when faced with government responsibility, they then must act, and not just pontificate.

On the continuum between ideology and reality, democracies cannot lose sight of their principles, but they must be guided by the circumstances. And they must not feel shame that the national interest also demands dealing with despots – it has nothing to do with coddling dictators. If we only allow foreign policy and commercial engagement with the good guys, and not also with the bad guys, we would be very lonely indeed, and face economic hardship to boot.

This insight reflects an ethical realism that the German chancellor identified at the Munich Security Conference in 2015: “We should not act,” Angela Merkel said, “as if from one day to the next, all of humanity must follow our principles.” In making her point, she recalled Germany’s once-persistent negative attitudes toward homosexuality and women’s rights. She also might have mentioned that the CDU refused to abolish the death penalty in 1949. Merkel’s statement placed her firmly in continuity with her predecessors. It was Willy Brandt, the moralist among German chancellors, who in 1972, after being heavily criticized for a visit to Persia under the Shah, declared in an address to the Bundestag: “The political conditions in many countries do not correspond to our ideas of democracy. But we are not called upon to be their judges. Our foreign policy and the representation of our economic interests must remain free from ideological prejudice.”

Realpolitik is not unethical. It weighs the consequences of action and inaction; noble sentiment does not suffice as a guideline. And it does not prevent anyone – the public, the media, political parties, not even the government – from expressing their indignation. This is something that Vladimir Putin and Xi Jinping must simply endure. Outrage is justified, but it cannot have the last word.

The most important thing is to preserve, uphold and practice our ideals in our own world. As threatening waters rise in times of turmoil, it is incumbent upon us to do everything in our power to ensure that our banks hold.